Melissa Stubbs on what it’s really like to design stunts

February 9, 2016 by Ben Consoli of the Go Creative Show 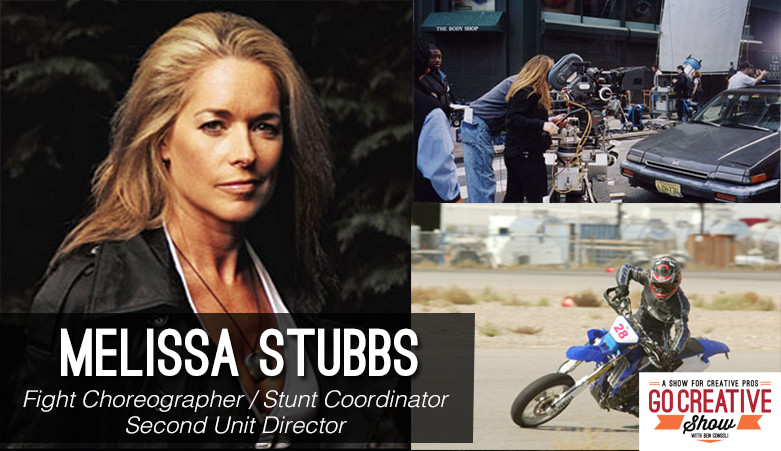 Today we discuss the design and execution of stunts for film and television with our guest fight choreographer, stunt coordinator, and second unit director Melissa Stubbs. The PremiumBeat.com Song of the Week

Melissa Stubbs is a Stunt Coordinator, Fight Choreographer, and Second Unit Director for countless feature films and television series. Melissa shares her experiences designing and executing some of the most challenging stunts in modern film history and the lessons she learned from working with top directors like Steven Spielberg and James Cameron. We also get an inside look into the iconic fight scenes of your favorite films, the new season of X-Files, and her work on the upcoming Bourne film. Melissa has worked with some of the biggest actors on some of the biggest films and she is here today to share her story.

SOME LINKS MENTIONED IN THE EPISODE: